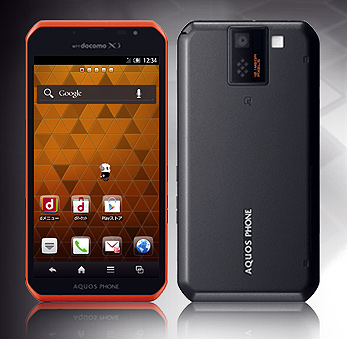 Just for you Tomi..

In fact it’s very similar to specs for their ZETA SH-09D (dubbed the SH-106 Xx for SoftBank) which was announced by DoCoMo on the same day. That model had a slightly larger display and quickly sold-out across the board at 70,000JPY with contract!

Some of the interesting notable features on this 10-D model:
- They claim instant-on camera shoots continuous 3M images for sweet HDR pix
- It has both HMDI and Wireless (Aquos) outputs for sharing to big-screen TV’s
- Includes new NOTTV tuner with viewing cradle and 5.1ch Dolby Surround Sound
- Cut-edge design with hybrid Sapphire glass is stronger and more comfortable.
- Folks might even get a taste of this one State-side as it’s cleared the FCC!

Considering both Hard and Soft features with a razor focus on quality, speed and endurance for run time and physical strength, this design will hold it’s own in face of competitive offerings in 2H of 2012.