This is Very Cool: NFC embedded handle grips coming to Tokyo subways – here’s a sign of the future for you! http://bit.ly/LkBJKc

Here’s the thing.. in 2008, after paying for taxi to the station with my phone and caught the train. Noted QR codes on the handles and thought.. Wow it will be cool when we can just tap&go NFC on those straps.. [Eds] 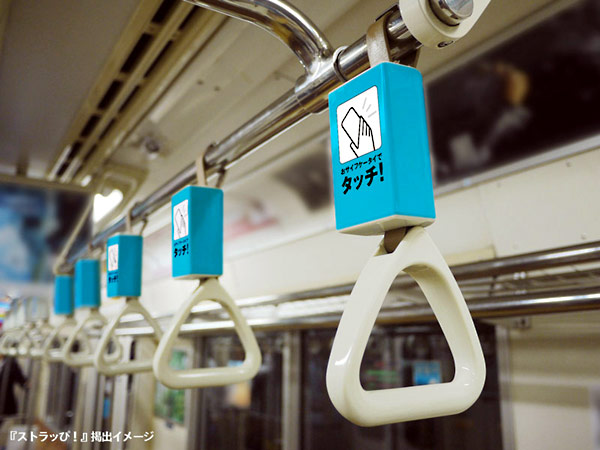 Shunkosha has introduced an FeliCa NFC enabled strap as an in transit advertising medium. As a first step, ads from HIS (travel agency) starts May 21st on the Tokyo Ginza and Marunouchi subway Lines.

It’s considered the built-in FeliCa reader for passengers, holding mobile wallet phone, to get the embedded URL easily thus leading to an advertising-related Web site. The user’s personal information is not acquired.

The company explained the effect tends to be measured in transport advertising was difficult so far. In addition to that there is merit to understand time and place that you touch, advertising effectiveness is likely to grasp, such as providing the appropriate information on the Web site to users who have an interest, that you can action immediately. 2018 Update