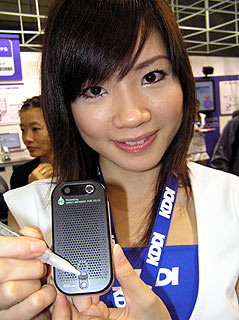 The Mobile Intelligence Japan (MIJ) team spent Wednesday at the CEATEC show, checking out some of the most innovative mobile tech and services the Japanese ecosystem is currently developing. To start, Hitachi’s methanol fuel-cell handset for KDDI [ close-up image here ] was one of the major announcements made during this year’s event. Several Japanese electronics manufacturers, including Toshiba and Fujitsu, are working on a fuel-cell solution for powering and recharging cell phones and other portable devices; Fujitsu’s rather large (as big as a shoe?) version for DoCoMo provides up to 9 Watt-hours of juice.

There were also big line ups to view the new digital TV cell phones made by Sanyo, Panasonic and Sharp (for each of KDDI, DoCoMo and Vodafone) with plenty of people crowded around the NHK booth to test drive one of the units; all are due to launch by next spring and run for around 2 hours.

Later, we spotted Net2Com’s new IP-and-Skype handset available (since last week) for Livedoor mobile customers and were surprised to see a prototype streaming satellite handset from DoCoMo. The Mobaho! compatible phone — a full FOMA 3G device — will receive music and other programming direct from Mobile Broadcasting Corp.’s bird high above Tokyo and will launch next spring; the Mitsubishi-made device has about 2 hours of continuous playback time and appears intended to steal some of KDDI’s Chaku-Uta-Full thunder. Subscribers login to see a few photos from the day and be sure to watch our latest video program featuring EZ Channel.

Finally, your WWJ crew had a chance to sit down and speak with Dave Graveline to record a radio interview covering some of the show’s highlights to be broadcast on 10 October.

Here are a couple of quick shots from the run out to CEATEC today; we also have a fair amount of video to edit through over the next little while and will be posting that ASAP as well. 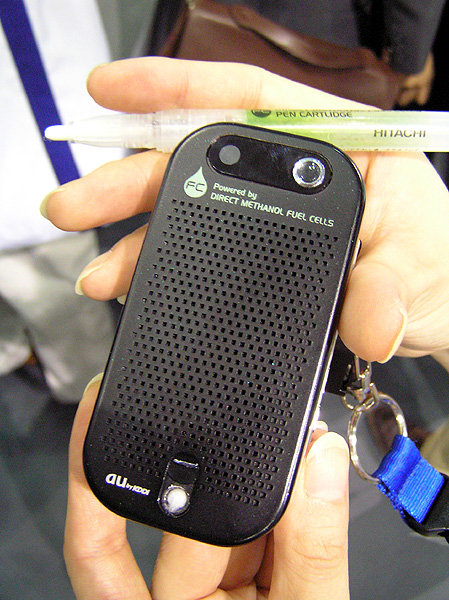 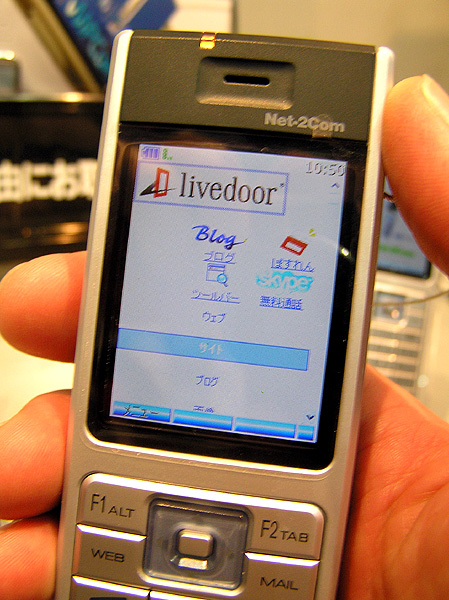 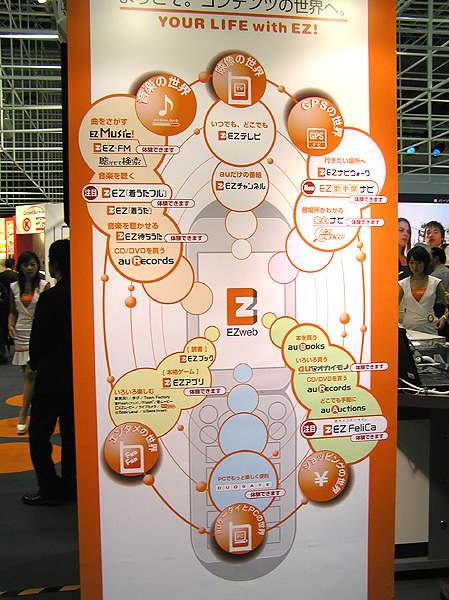