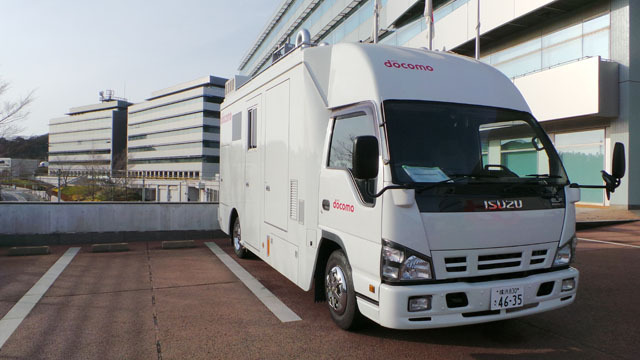 Machine Translation:
NTT DoCoMo has started from 2011 field trials put out a communication speed of 1Gbps class of “LTE-Advanced” already. 22 days, the NTT DoCoMo has released to journalists for the state of the field trials at DoCoMo R & D Center in Yokosuka, Kanagawa Prefecture. ã€€The pilots of the LTE-Advanced, other communication experiment has been carried out such apparatus that serves the terminal and the base station apparatus to the indoor is installed far, and field tests while moving by mounting the device on the experimental vehicle has conducted.

LTE-Advanced is aimed to provide services beginning in FY 2015 are located at a category of higher further, specifications of up to put out if used in the corresponding terminal, but even in LTE terminal that does not support the Advanced, it is available at the specifications of the current LTE. ã€€In all cases, while glare specifications of these network technologies, device manufacturers will place that working on the design of the supported terminal. It’s the place where content and terminal features, such how the application will go is deployed on mobile communication services that can communicate with high-speed, high-capacity further, dream spreads greatly. Full article in Japanese here.