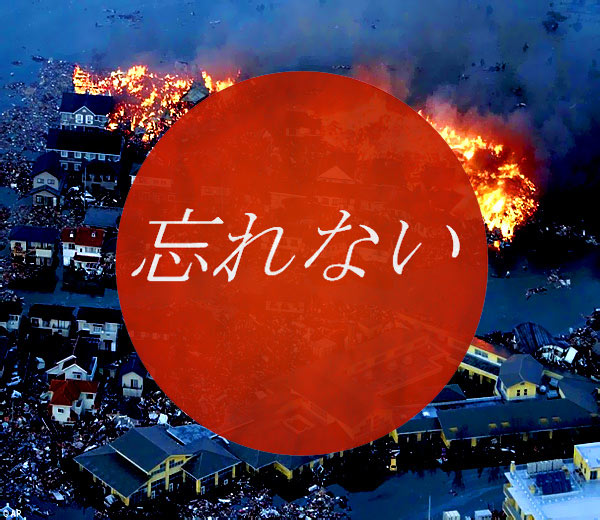 It’s really a challenge beyond our scope to distill everything that has happened here over the last year. As much has been written – our several updates – along the way, perhaps even folly to try and explain the quantum shift in mere text for those who have not been on the ground during these most historic times. Indeed, there are plenty of materials across the web and it’s been noted as likely the most widely documented disaster of the digital age.

The key point about any major event is how ‘personal’ is it to you. In a family life, suddenly affected by cancer or drunk driving for example, the wider cause has a direct connection. If the events of 3.11 had happened in the UK or US certainly those communities would have gained new focus on how fragile our state of humanity really is. To be sure, international contributions have been significant and Japan was both honored and humbled by the vast degree of support received from around the world.

Several simple facts should be clear: whether a man-made or natural disaster, it matters little to the people who are impacted by the results. Moments like these have happened many times over the course of history and sadly such chaos will occur again in the future. Finally, while it’s often said that time heals all wounds, it’s an easy forecast that measurable consequences will form in the re-action.

One year later there has been tremendous progress, yet that process is really only just beginning. There is no way we could over-state the degree of human suffering, financial and psychological, in those most affected areas. The losses are staggering and resources required present a daunting long-term task for the entire nation.

The new federal re-construction ministry was legally established last December with a decade plan ahead. As we have mentioned here in the past, fixing infrastructure is far more straight forward than dealing with the combined emotional damage and uncertain future for countless people and places in that coastal region. The message below delivered by Emperor Akihito at the national ceremony today:

It is expected that many difficult challenges lie ahead in the reconstruction of the afflicted areas. It is my hope that the people’s hearts will always be with the afflicted people and the afflicted regions, and that everyone will continue to work towards improving the conditions of those areas.

It is important for us to never forget this disaster and hand down the lessons we learned to future generations, and foster the proper attitude towards disaster prevention, with the aim of making our country a safer place.

At ground zero this story is still daily news – not just on the anniversary – we’ve experienced multiple darkest hours balanced with many signs of hope. We can’t dwell on ‘minute-to-midnight’ moments of a country, but it was very real for all of us here and sets an example for the world to carefully consider. A bone-chilling engineers quote regarding the regulatory environment for nuclear power plants noted that it’s “not geared for low probability but high consequence events” this too will (must) change.

Further to all of the above, and beyond going forward, on this matter two points are core for us. It’s the most significant time in a generation and serves as ‘the’ Trigger to Change Many Things. We also see the dawn of a new era, which feels very much like mobile circa 1999, where the future of many segments – electricity as one obvious space – to be re-developed and ultimately deployed worldwide.

The recent GSMA Chairman’s Award presented to all three Japan telcos, in respect of their efforts during those difficult times, along with the launch of a new Disaster Response Programme is one sure sign that lessons learned here should contribute to global markets.

To close now with three carefully selected links for those hoping to grasp where we are coming from: this recent PBS documentary, the op-ed message by PM Noda via Washington Post and a new central platform effort at Wasurenai = Never Forget. Yoroshiku.