The First Phone Camera by LG

Ok, a quick skinny on the L-03C Phone-Camera (as opposed to the usual Camera-Phone term) produced by LG for DoCoMo. The unit, a worldwide first offering, was introduced in Nov. 2010 – along with a slew of new handsets – and hits the street here in Japan on Jan. 28th.

Considering the target niche, and engineering required, this ‘device’ does not have room on-board for many of the usual Japan mobile phone features; No GPS, NFC or Digital TV, although it does tout external SD memory and Bluetooth along with it’s VGA 480×800 touch-screen which has clear menu switch between “Phone” and “Camera” modes.

On the Phone side, yes – it does voice calls – the unit is dual mode 3G and GSM, while providing all the basic web surfing and email functions you would expect. The OS is not listed, but we asked at the press launch if it was running on Android – Not – so, apparently the standard DoCoMo Symbian platform. 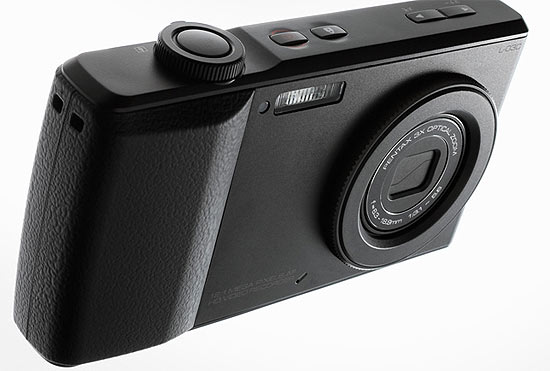 The camera, because for the most part that what it is, does most everything one would need from a standard compact digital. It’s 12 mega-pixel with 3x zoom lens by Pentax, with built-in Xenon flash and ISO settings range from 64-3200. While fully capable to shoot HD video, it has auto-focus with face detection and scene recognition along with photo album viewer.

The official product page from DoCoMo is Here and IT Media has plenty of hands on photos Here.
Note both those sites are in Jpn only.