KDDI announced 12 new handset models, for the Summer 2008 season, with a keen focus on sports, style and video. The latest series lineup features three designs from Kyocera plus two Sanyo branded devices, two from Toshiba and one from each Hitachi, Sharp, Casio, Sony Ericsson and Pantech. The company has also launched a Mobile Fashion portal and introduced their new Lismo Video service, with 2,000 titles including full length hollywood films, which is available this month on 14 models. 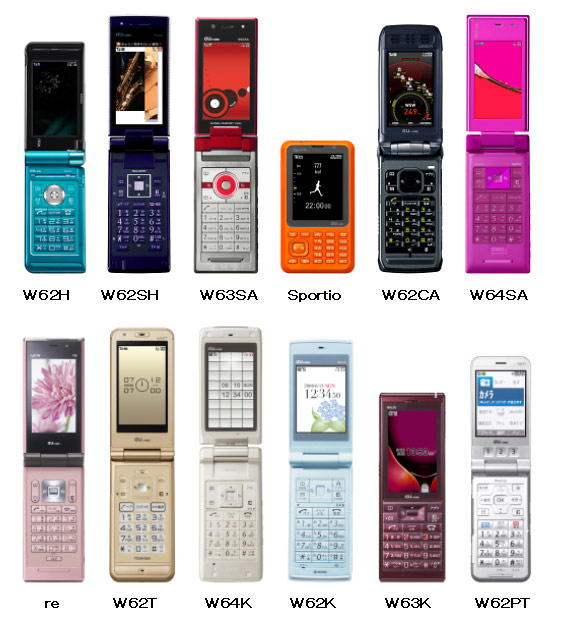 In addition, “LISMO Video” to be able to enjoy one movie with the cellular phone wholly is begun in the beginning of June. It can enjoy about 2,000 as Hollywood film, an overseas drama, and the animated cartoon, etc. length scale image contents by the high-resolution with the cellular phone anytime and anywhere by making the best use of an organic EL display and a large screen. Eight models of the announcement this time and six models put on the market already It is possible to use it with 14 models that add.

Whew.. 40 new models, by three operators combined, in one week! Time to update our JMIR.