SoftBank announced they have received a permit from the Ministry of Public Management, Home Affairs, Posts and Telecommunications to run femtocell trials. The experiment, using 2GHz belt, will be conducted in partnership with ip.access, Motorola, Alcatel Lucent, Ericsson Japan, Samsung, Sonas, Ubiquisys and NEC. Femtocell is a micro cellular phone base station that can be set it up in the home or office and offer mobile handsets voice services via existing fixed-line ADSL connections. 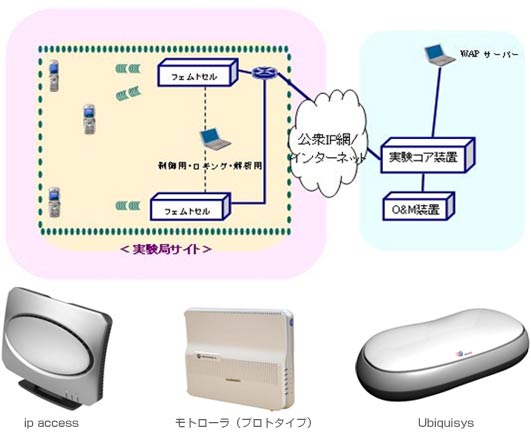 The SoftBank trial will test interoperability with voice and data communications, in up to 3 regions, between existing 3G (HSDPA) and Yahoo BB using experimental handsets and is expected to run through to the end of 2007. While it should be noted that so-called fixed mobile convergence (FMC) is already well underway here with both DoCoMo and KDDI offering commercial packages this solution would appear to be the first product targeting the SOHO mass-market.