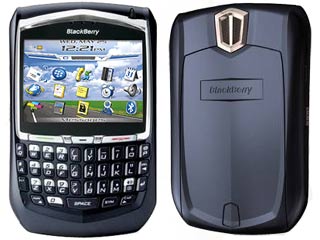 Last Thursday, NTT DoCoMo announced they would deploy the super-popular BlackBerry email device, made by Canadian firm Research in Motion (RIM), in Japan, in autumn 2006. At first glance, the news is pretty interesting.

One media report stated that “RIM stands to make potentially more money per customer with the DoCoMo deal by marketing its BlackBerrys in addition to its service.” Until recently, Japan lacked a decent, usable email device targeting corporate users.

Willcom has been offering Sharp’s super-cool Zero3, a Windows mobile OS device that has been flying off the shelves since the end of 2005, but it’s a consumer/prosumer device that is sold direct to the street and its POP/SMTP email capability doesn’t integrate (easily) into a corporate server.

[The full text of this article is available, for free, as an exclusive column contributed to the Wireless-Watch Community. -- Eds]