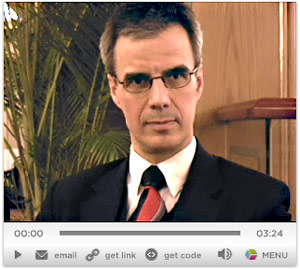 Tomi Ahonen is a smart guy who’s done a lot of observing and thinking about the 3G future. He reports that planet Earth has 2 bn mobile phones, with more phones in use than cars, credit cards or televisions, and that advertisers, businesses and governments are all trying to understand how the mobile future will download. For a glimpse into the future, Tomi was in Tokyo last month for the 3G Mobile World Forum 2006 where he observed that Japan already has the handsets, the networks and users who have migrated to 3G, while “the rest of the world is just starting to understand and discover this opportunity.”

He points out that in Japan, roughly 30 percent of all mobiles are 3G phones, compared to the UK, where it’s only 8 percent. “We have a long way to go to catch up.” WWJ’s Lawrence Cosh-Ishii caught up with Tomi for a tightly-focused interview covering 3G, 3.5G, consumer service definition, key technologies and how marketing and advertising are starting to recognize the potential of mobile.

What struck me most about Tomi’s comments in today’s WWJ videocast was how the mobile trends, evolutions and new services that he describes are already playing out in Japan.

Whether it’s location-based services or cell-phone based marketing, TV or m-commerce, almost all new technology-based mobile services that can be done via mobile have been or are being tried by one of Japan’s Big Three carriers. And many are succeeding.

The main trends here relate to mobile digital TV, music, social networking and FeliCa-based e-wallet services and are being vigorously marketed by DoCoMo, KDDI and Vodafone, and all of these are referenced in our discussion with Tomi.

Furthermore, the three new 3G licensees coming into the market in the next five quarters can be expected to fight tooth and nail to survive (only two, at most, will) and will likely grasp at any mobile service — consumer or business — that offers any hope of revenue success. Services that are not fully exploited by the Big Three — like push-to-talk, ‘home-zone’ calling and data tariffs or PC-to-mobile synchronization — will be ruthlessly commercialized by the newbies as they fight for ARPU oxygen.

Whatever happens, the 3G mobile future is happening in Japan right now and Tomi is one of the most astute observers of how this market will affect those elsewhere.

Tomi Ahonen is a best-selling author and independent consultant focusing on the emerging areas of next-generation wireless. He lectures at Oxford University and is frequently seen at telecoms and IT conferences worldwide. His expertise includes the business, applications, services, partnering and marketing of wireless technologies related to 3G, 2.5G, W-LAN, WiMax, 3.5G (HSDPA) and 4G, as well as related wireless technologies including WAP, Bluetooth and RFID.

Web Update: Check out this interview with Tomi at Red Herring Will Mobile TV Be a Turn-On?