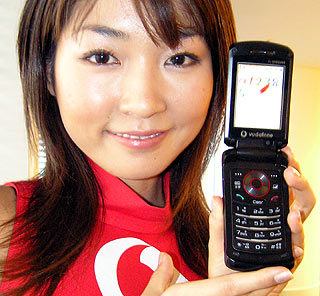 At a Tokyo press conference today, Vodafone Japan announced four new 3G terminals including a model provided by Korean maker Samsung. This is the first Samsung model to become available in Japan. The Vodafone V804SS (image at right) is said to be the world’s thinnest 3G handset and features a 2.3-in QVGA main LCD display, 2 cameras, stereo twin speakers, music features and the “Deru Moji” 3D Pictogram Display. The other handsets include models from Sharp (V804SH), NEC (V804N) and Toshiba (V904T).The devices should be available in the market by mid-March.

With these latest models, Vodafone Japan also introduced three new 3G services: “Deru Moji 3D Pictogram Display,” which enables pop-up 3D animations in received messages and is compatible with the 804SS, 904T and 804N; the “Vodafone live! CAST” service, which delivers “mobile magazines” to handsets overnight and appears to be similar to KDDI’s modestly successful EZ Channel content delivery service (compatible with the 904T and 804N); and, the “Vodafone Address Book,” a service that lets customers back up their handset address book to a network server so information remains safe even when a handset is lost or broken (compatible with the 904T). 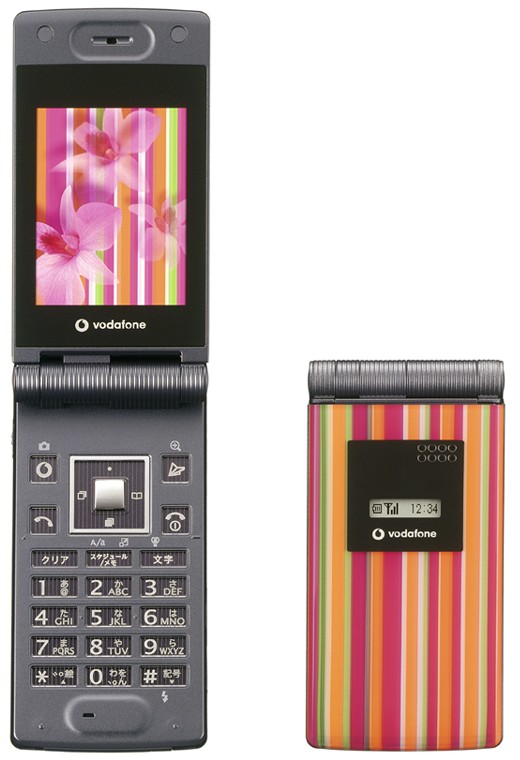 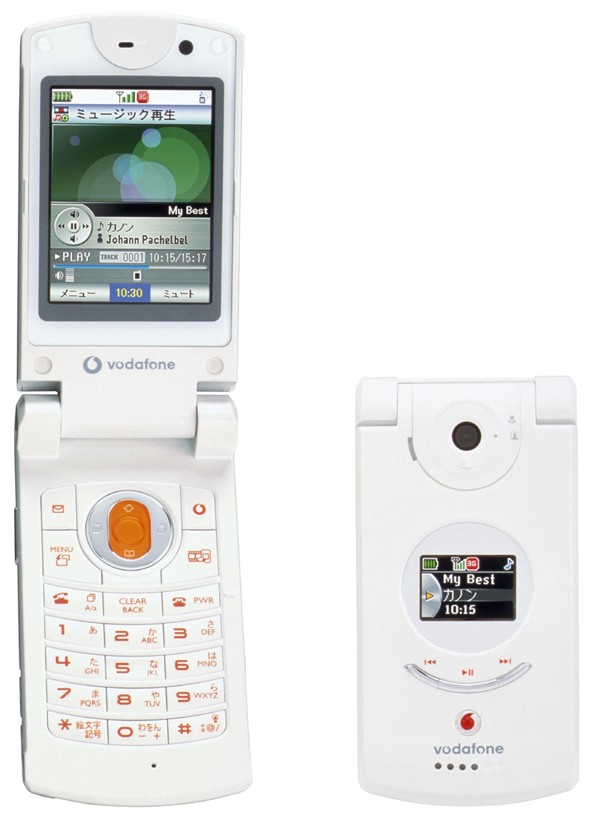 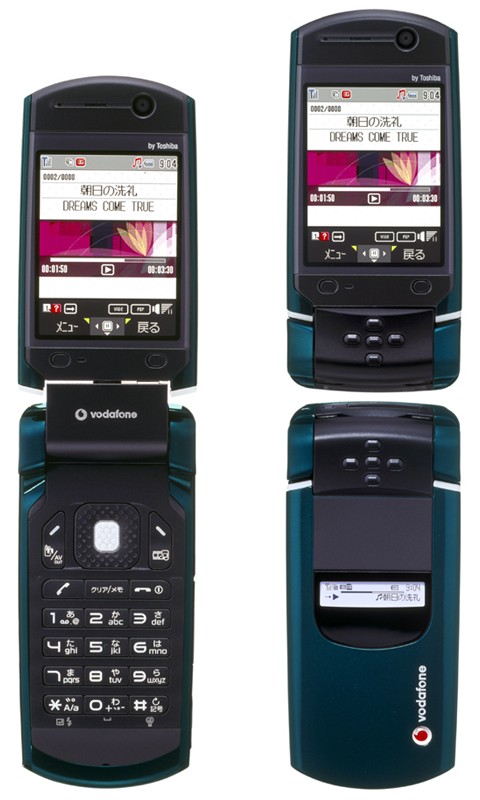