Mobile Fun and Games for Index Corp. and Takara Toys 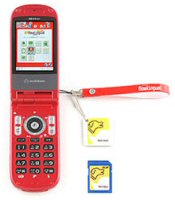 Mobile content distributor Index Corp. is looking to put more play into mobile content through a new alliance with Takara Toys. Japanese Game powerhouse Konami has washed its financial hands of all shares in Takara making room for Index to move into this big corporate box of marketable fun. Index Corp. has agreed to purchase 22.2 percent of the toy maker’s outstanding shares at a cost of around 11 billion yen reportedly. The partnership aims to use Takara’s lineup of popular TV animation and toys to drive development of content incorporating the Index Group’s mobile centered expertise.

The two have partnered before. Takara’s Bowlingual dog translator (out now in the US and Canada) was jointly developed with Index and includes mobile phone functionality. In January 2004 Index and Takara set up a company to work on joint projects.

Hit Takara franchises include Beyblade –marketed in 50 countries – Duelmasters, e-Kara karaoke music microphones, Licca-Chan dolls and choroQ wind up cars (which already have a line of PS2 and etc. games) plus many, many more.

More detailed information on scheduled projects will be announced in mid-May. Index has been aggressively pursuing mergers and acquisitions overseas. Most recently the firm established a holding company in China and acquired leading Chinese mobile services provider Skyinfo.