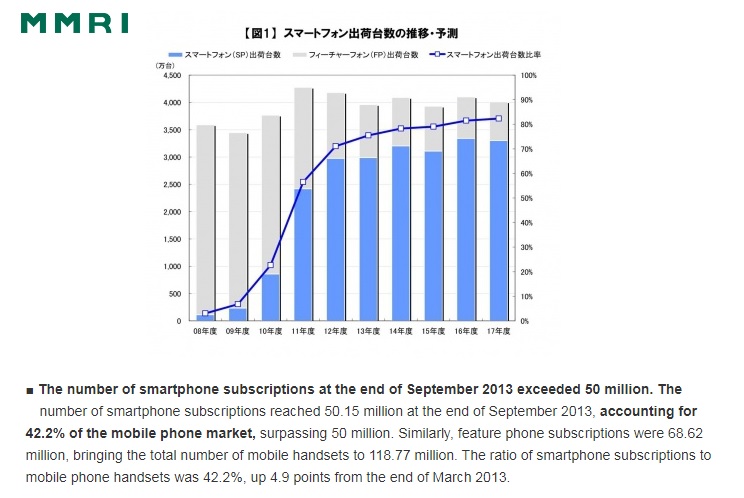 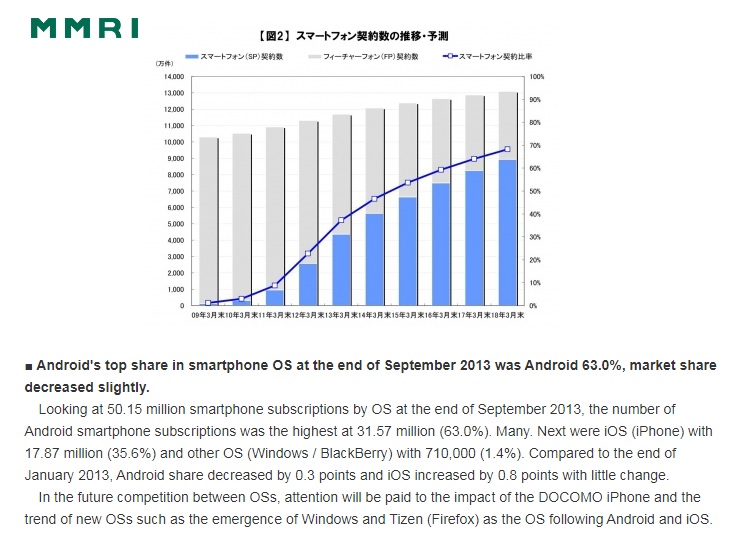 By the terminal refine strategy due to the carrier, the smartphone market of the first half of fiscal 2013 were sluggish the whole volume number is a bias to a specific terminal. The major topics in the mobile phone market in the second half, iPhone release NTT DoCoMo (hereinafter, DoCoMo) from and the like, iPhone 5c and iPhone 5s have been released all together three major carriers from the 20th September already. Attention will gather, including Softbank and mobile most existing iPhone users, the au net increase of MNP number is strong, the iPhone marketing strategy of each carrier in the second half.

In addition, due to increased competition from Android smartphone of domestic and foreign manufacturers to be released sequentially after October, the activation of the smart phone market as a whole is expected. 2013 will be market overemphasis of the second half, to analyze to not completely cover the decline in the first half, smartphone shipments to remain in line with the prior year as a result (Figure 1).