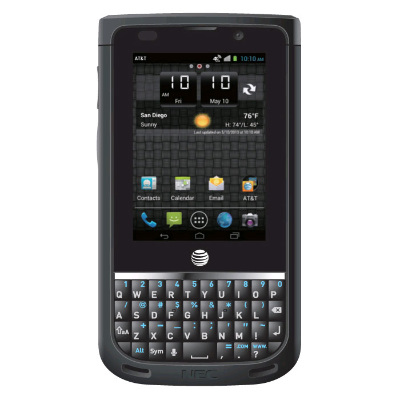 Machine Translation
NEC CASIO Mobile Communications, began delivery “NEC TERRAIN” of Android smart phone for corporate customers with a QWERTY keyboard. It will be released on June 21st via AT&T in the United States. A QWERTY keyboard design, it is dustproof and waterproof with anti-impact performances to comply with standard procurement of the United States Armed Forces “MIL-STD” to (MIL-STD-810G). Other corresponding function PTT (Push To Talk) and supports LTE scheme.

During telephone conversations, noise reduction technology that ambient noise is easily transmitted to the other party with a clear sound available. Together with Verizon Wireless for by delivery to AT & T this time, we have evolved from traditional, I realized the deal with the two major U.S. carriers. The Company will continue to focus on the North American market in the future.