FujiTV Does Deal for Sakura Ninja

Considering the general dislike for destruction here, especially for younger audience and in these most difficult times, it’s not surprising that heavy weight partners and design tweek would be required to get some traction. Congrats to Rovio – best of luck [Eds] 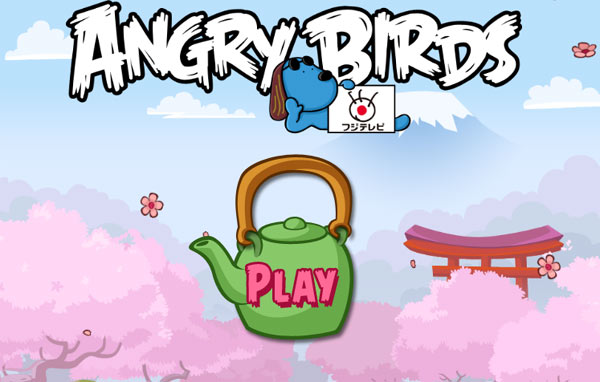 Fuji TV and application development and operation of the game “Angry Birds” popular Rovio Entertainment has announced it has signed a partnership agreement. The two companies partner sites official ” Angry Bird Ã— Fuji TV episode that has been opened to the public than today “(Sakura Ninja) Sakura Ninja” Angry Birds new browser version opened “, that is customized for the Japanese market.

To “Sakura Ninja”, as well as “rough-kun” mascot of Fuji TV to appear, the building had a variety of forms, such as the Fuji TV building office building to appear. Appeared in the game for the first time in the world Angry Birds of Japan was unique also dressed as ninja and generals. Will consider specifically the possibility of a wide range of business development utilizing the strengths of both companies in addition to future games. It should be noted that advertising sales in Angry Birds browser version is MCN as marketing agent of Rovio in Japan.