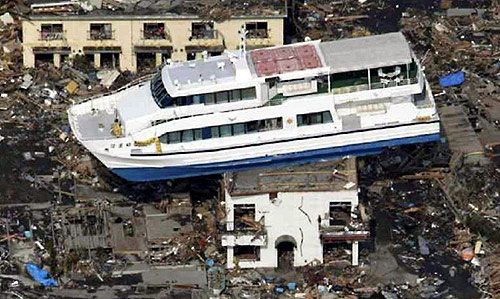 Here we stand, 90-days after the 3.11 quake and pondering how to consolidate all the various parts of these historic times down into something relevant for folks looking in from afar. The challenge of course is the sheer breadth and width of angles resulting from that triple-impact and trying to put the most concise points into text for you to grasp in the most meaningful way possible. Perhaps the best approach is to break this down into Past, Present and Future chunks.

After several attempts – think Hollywood scene of struggling writers block, complete with a healthy dose of whiskey and cigarettes – here goes my best effort. Considering some of the most quintessential Japanese arts follow a clear ‘simple is best’ rule, ikebana for example, celebrates the so-called empty space, letâ€™s try that. As Japan collectively moves through the typical stages of grief, we are now at about the same time-frame as nearing Christmas 2001 in NYC, the initial ‘shock’ is slowly wearing off. The next 6-months will prove an interesting character study on the unique spirit of this island nation.

In the past 3 months I have traveled on business to North America, Europe and the Middle East. In each case, without exception, the locals expressed sincere concern for the tragedy along with a keen desire to better understand what was really going on. Naturally. With any luck, that repeated practice of trying to explain the situation has sharpen the focus on the key points and improved my ability to share a balanced view. On one hand, it’s not the worst case scenario that raving main-scream headline news shamelessly pandered in a link-bait race to the bottom. However, looking deeper than macro, some of the most heartbreaking stories, I can’t begin to describe, have suffered in near silence to the outside world. Basically, it’s not as bad – but – in some ways much worse than words can express.

Clearly since our initial posts of March 12th and 21st it’s been extraordinary days here. While the country has always touted its readiness for just such an event, the scale of damage, and resources required, has tested that resolve. All considered, together, they have dealt with multiple – and significant – challenges as well or generally better than could be reasonably expected with such a reputation. There have been So Many stories over these last few months that it’s well beyond us to try and document everything worthy here now, thankfully Wikipedia has loads of details for those so-inclined. Simply out, there are plenty of Heroes and Villains, Angel’s and Demons. As with any crisis, events like this tend to bring out the best and worst in people. 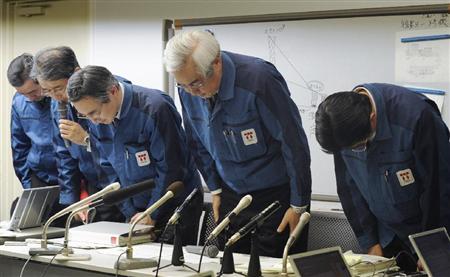 If forced to play the good news vs. bad news game, then a few main points stand-out now. Since my wife always insists on hearing the worst part up-front, letâ€™s start there. On communications there was, and continues to be, serious gaps from all-sides. It’s easy to point fingers, but this key area is a definite concern. In the public interest; accurate and actionable intell. from Government, Industry and Media is beyond critical, access to truly qualified information within the ‘fog-of-war’ is predictable and requires real collaboration. While the quake itself was serious enough at 9M, the major impact was the tsunami and its damage at Fukushima Daiichi. There will be plenty of time to ask pointy questions about how prepared they really were for this, heads will roll. Meanwhile, there are legitimate concerns – with less than ideal transparency as noted above – about the real and on-going risk of nuclear contamination. Finally, as the last shall become the first, upwards of 30,000 people died. Entire villages were wiped away in a matter of moments and lives that remain will never be the same.

After that blunt assessment, how do I describe the silver linings? Perhaps the most notable has been a combined out-pouring of support from overseas along with an amazing British-styled stiff-upper-lip of the people here. Across the board, from Operation Tomodachi to the domestic youth and seniors stepping-up to do whatever they can, it’s the ties that bind. There are countless efforts underway over the last few months, and plenty of important work still lies ahead. The lessons learned will surely result in outputs that provide measurable value in future events, here and abroad. Little doubt we will see a renewed push to develop alternative energy sources and harden existing nuclear power facilities, not just in Japan. Most certainly, the quake could have happened in the middle of the night, Mother Nature does not keep investment bankers hours, or the epicenter could have been – gulp – 200km closer to Tokyo. If nothing else, for those who have experienced this calamity, it serves a strong reminder on the fragile nature of our daily life and casual expectations of luxury. Hopefully we will all live a little more in honor of those lost and appreciate future opportunities in more meaningful ways.

Ok.. it is what it is, dealing with the current status. Just try to imagine, if you can, the absolute chaos for all players with their carefully considered FY-2011 spread-sheet forecasts. As life in Tokyo begins to resemble pre-quake days, there’s plenty of scrambling just beneath the surface. With major losses coming from all sectors – Airlines for example reporting seat sales down 40% in April compared to the same month in 2010 – everyone is just starting to get their heads around the massive scope of this.

To use a couple of very recent examples, and in the mobile space no-less since that’s ALL we usually discuss here, both Japan IT Week and Wireless Japan ran conference events in mid-late May. Whether they were past the point of no return, or pushed onwards – Tally-Ho! – the mood on those trade-show floors was understandably.. sober. From auto parts to semi-conductor fabs this hiccup in business, as usual, affects everyone down the value-chain. And while that may sound cold, the truth is that this leads to another deeper matter. For the moment, suffice to say there are basically two kinds of damage to deal with here; physical and psychological.

Speaking of events, and lets be perfectly clear, it’s certainly not all doom and gloom. The energetic organizers at TEDxTokyo deserve huge credit for putting together a great show a few weeks ago. We’ve embedded the YouTube player below for you to review some of those inspiring presentations.

We would like to offer honorable mentions to Eiji Han Shimizu, Hiroshi Ishii and Kyung Lah.

So.. Now What? Indeed this is that part, as mentioned in the opening paragraph, which is the most difficult. It’s reasonable to expect a continued and methodical approach, with all hands on deck, to ease back from the abyss. Now is not really the time to think about just how freakin close Japan came to quasi-extinction. While the global media circus has moved on, it’s still very much part of the daily news cycle here and no doubt will be through the year. The survivors will get re-settled, properties repaired or re-built, and companies will return to their usual operations. It has been before, and most certainly could have been this time, far (Far) worse.

The Obon season is coming up in August, which will serve as a poignant time to mark the losses and bring some closure. But here’s the nut, which is perhaps the most significant and equally challenging to detail. The infrastructure damage is clear for all to see, swinging hammers will repair that soon enough. However, the mental shock is an entirely different matter. We have always had this potential of ‘the big one’ happening, maybe, in the back of our minds. Yet everyday people got up and went about their routines: we’ll cross that bridge if/when it comes. However, now there is actual understanding on just what that really means and it’s obviously much harder to just casually dismiss as some remote potential scenario. So, in-effect ‘normal’ doesn’t really live here anymore.

As a simple case in point, we attended the always popular – and first of this season – Tokyo Garden Party the other night.. a beer-garden oasis atop the Tokyu department store in Shibuya with several hundred of the usual suspects. It was also the first time to see many of the extended friends and family, of course all had personal and professional stories to share. It’s gonna take awhile for everyone to really deal with this, especially so in the most affected areas, and that is the one main observation I can predict with confidence going forward.

As with all ying-yang, it’s also safe to expect we will see 3.11 become a catalyst for positive change and thereâ€™s plenty of action in that regard already well underway. Meanwhile, we’re Bringing the Community Together here on Monday the 13th and will continue to do all we can – no more, no less no excuses. Otherwise, once again, many (many-many) thanks to all for your continued kind and considerate understanding and heartfelt support, during these most unusual times.