The energetic & talented crew at Naked Technologies have released their funky Potofoto Android App. you wanna try this: http://bit.ly/jsLsPX

Naked-Tech is pleased to announce the ‘Potofoto’ Android application which can do photograph sharing in the friend and private on FaceBook, test edition was released. As for Potofotoâ€ through the photograph joint ownership of the friend, private inside the companion it is the Android application which the groups can enjoy. It shares with the friend on Facebook the photograph from Android mobile phone. Also release of Potofoto iPhone edition is planned during 2011 June. In addition, in the future it starts doing the increase of SNS which consecutively, cooperates and the cooperation with the portable telephone register. 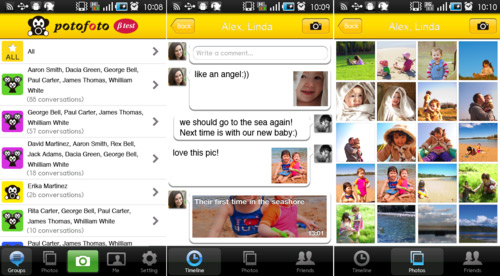