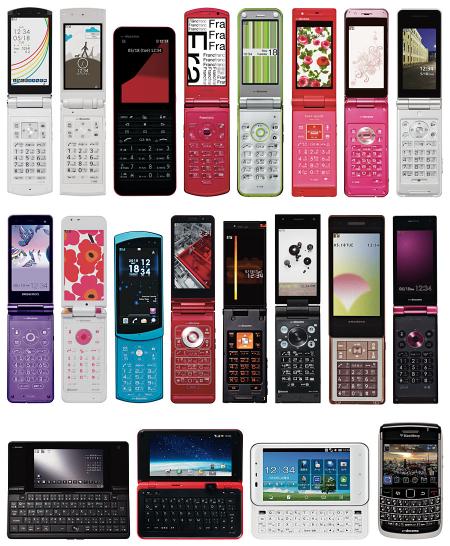 It is a smart phone that this company makes efforts especially in the cellular phone new model whom NTT DoCoMo announced on May 18, 2010. In addition, three models of 20 models declare an additional turning on of one model with a smart phone. Good sales of “Xperia SO-01B” that began selling in April, 2010 were received, and the policy of the personal smart phone strengthening was come up with. NTT DoCoMo attempts pursuing though the Softbank mobility “iPhone” win of one person has continued to a smart phone long by the lineup that centers on the Android terminal.

The offer of “S p mode” of the new service for a smart phone was announced. The charge when a mail service and pay contents are bought can the use of mail address (@docomo.ne.jp) and the pictograph of i-mode with a smart phone is offered to the telephone rate every month, the contents settlement service that can be paid by adding up, and the access limitation service in the hazardous site, etc.

It matched, and turning on Wi-Fi the first in this company and mobile router was announced. NTT DoCoMo uses the line 3G times, and the equipment for Wi-Fi such as notebook computers and handheld game platforms can be connected with the Internet. President Yamada of this company assumed, “It is possible to use it to connect Wi-Fi version iPad”. In the campaign at limited time (June 1st – September 30th of 2010), the amount of the upper bound of the monthly fee is discounted for 1575 yen for a new user, and one year can be used from application by the upper bound 4410 yen. The buffalo takes charge of manufacturing.