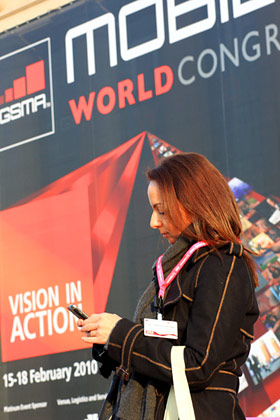 Despite an unusual chill in the air, it was snowing when we landed on Saturday night, the annual Mobile World Congress in Barcelona is wrapping up here today with plenty of hot news bits. The 2010 event will most likely be remembered for the “Arrival of Android” and the keynote from Eric Schmidt was a refreshing shift from the usual ‘dumb pipe’ belly button gazing offered by the operators. Watch the full presentation, including a few interesting demos followed by Q&A, via YouTube.

Of course the entire cycle towards LTE networks was key topic on the show floor, the Samsung Wave was certainly turning heads, Intel and Nokia introduced MeeGo and plenty of worthy press going around the debut of Windows 7 series – Video Here. Props to Microsoft for making what appears to be a quantum leap with WiMo, better late than never, and too their PR folks for freezing the clock on Plaza Catalunya Hotel at 7 for the whole week.. interesting times ahead to be sure!

While we skim through some 200 press releases blasted to registered media during the week, plus easily that many again leading up to MWC, there were a few notes of interest related to Japanese operations. All three players are signed on for the VoLTE initiative, no surprises there, with DoCoMo and SoftBank joining the Wholesale Applications Community (WAC) and KDDI coming onside – along with several other Qualcomm platform players – with GSMA. Also touted was the Rich Communication Suite (RCS) initiative, which was recently piloted in Japan. 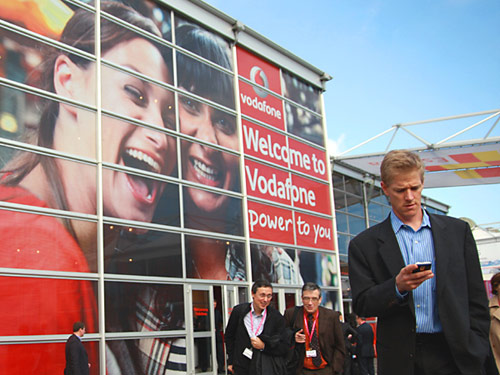 Overall, this being our 4th consecutive visit to the Congress, traffic certainly seemed down from previous years with the total attendance announced at 49,000 rather suspect in accounting. Perhaps the organizers included all invited vs. delegates on-hand? That being said, there was certainly a great buzz coming via App Planet in Hall 7 and the overall quality of visitors on-hand was, as always, a strong representation of the very best and brightest.

Of course you can always dig through the digital pile of MWC 2010 bytes via Google News, would be great to have a “Genius Phone” filter all that for us though huh.. @_@

About the Author
previous post: Global Solution for Voice over LTE |–| next post: Carlyle Group Books Loss on Willcom