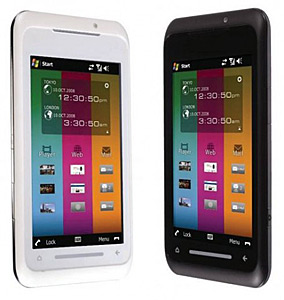 It appears that Toshiba is playing a viral campaign game with their new TG01 device, which tons of blogs are talking about but not found on their official site.. yet. Apparently it is hoping to take Mobile World Congress by storm next week and judging by the initial specs. this looks like it could be a killer!

SlashGear has an early write-up on it Here, noting the typical smartphone suite. But the real exciting bits are inside via Qualcomms new Snapdragon chipset which enables 1GHz cpu speed and therefore real power to run demanding on-board apps such as full blown Flash for example.. wOOt! As the official details are obviously still fairly thin for the moment we’ll say this much: Looking Good Tosh. now, how about letting us take this baby for a little road-test..

The touch screen and scrolling menus have clearly become standard, just like 3G speed with GPS location etc. However, the predictable challenge will be (as always) battery power. It will be interesting to see how Toshiba dealt with that issue as it claims to full day juice although perhaps they have gained some efficiencies with their well established in-house LCD display experience? We’re looking forward to play with it in Barcelona next week!

Update: We had a quick ride on this at the Toshiba booth during MWC last week and have to ‘politely’ say were rather disappointed by the (shocking lack of) performance speed..