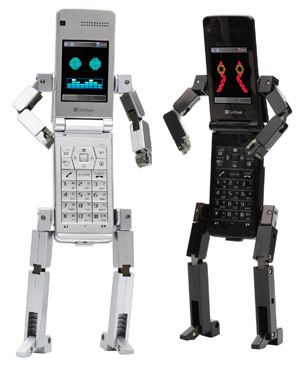 Kudo’s to TechCrunch for looking beyond the usual US-centric focus to explain the magic mobile ecosystem here in Japan with 1,000 words or less.

While, as stated, the web access device of choice is running at even 50-50 between PC and cellphone, it’s most certainly not an either/or scenario. The urban legend that Japanese users adopted web via mobile because of low PC penetration has been clearly de-bunked by the ITU. As we have stated many times in the past, fixed-line connections per capita in Japan was on par with most other G7 countries in 1999 at the launch of i-mode [Source].

Research in Japan has shown that mobile usage of voice, mail and web â€“ across all demographics – hardly varies between urban and rural locations, so the mass transit train excuse explanation is also not based in fact.

To be fair it’s not possible to cover in such short and sweet terms. While we could – and some point even should – write a book about it, for the time being perhaps a little color would be in order for a few points made therein. The ‘five specific factors’ mentioned in the op-ed actually boil down to three main segments, all concentrating on their core value proposition; the telcos, handset makers and content/service providers. While of course end consumers and government regulations have also played their part, the logical combination of creating a mutually beneficial, stable and compelling platform is the foundation. Obviously the subscriber and their usage numbers demonstrate the success of this model.

As for the ‘walled garden’ concept, when mobile web services first rolled-out there was no ready made content formatted for handsets available. A simple spec. known as cHTML was the DoCoMo reference language openly offered in order to make sure their clients comparatively low-spec. devices, connecting at only 9k, would have decent product in the pipe. Contrary to popular belief the operatorâ€™s deck has never been closed to the open web, such as is still the case in Korea, and today we see well over 60% of data requests going off-portal. While a SoftBank user cannot access the DoCoMo deck (or visa-versa), the standard offerings – such as Namco games or Warner music – from content providers are generally available across all three carriers anyway.

Sometimes we hear the ‘walled garden’ term applied to handset design with regards to pre-installed apps, such as NFC and digital tv. As the operators and handset makers are in a direct B2B relationship, the telcos spec. and buy their devices, therefore they control the product and service roadmap in an organized and effective manner. A classic example would be the complete lack of legacy 2G handsets on shelves for several years resulting in 90% migration to 3G. There has also been a fair amount of discussion about the sim-lock approach, logical during the heavily subsidized era, which has in effect ended here now. However, since there are several competing network technologies even un-locked devices would face barriers resulting from the various installed chipsets. Considering there is not really much difference in price plans, roaming between operators to save a few dollars would most likely gain even less traction than Push-To-Talk.

The entire approach from key players in the value chain is focused on the direct benefit of the industry as a whole, ultimately via the satisfaction of their customers. A perfect example would be the generous – from day one – 90/10 revenue share to content providers. By the vary nature of building an open sales channel platform and offering an acceptable merchant billing fee the operators primed the data pump with plenty of interesting content rushing into their pipeline. Another key move from the operators was their decision in 2004 to make Flash-Lite a mandated pre-install on all devices. While of course their menus looked even more compelling, the move also allowed content players a common code platform with less concern about specific handset rendering parameters. The golden triangle of open web access combined with flat-rate data plans and ubiquitous 3G speed has lead to a server-side model driving ever greater adoption of content and services. Of course the telcos are happily counting their flat-rate data subscriber revenues as a result of even more great contents on offer and the satisfied mobile web surfers keep on clicking.. the win-win-win scenerio.

Another excellent example of this ecosystem relates to the Feds forward-looking decision in regards to the allocation of spectrum. As elected guardians of the peoples resources, the Japanese government opted to offer airwaves – based on strict performance measures – for zero fee. They understood that charging huge sums of money would not only delay the roll out of networks but would in-effect constitute a blind tax on the general public since the telcos would have to recoup their investments, plus interest, on that debt over the term. Therefore we see comparative pricing in other markets of sms at 10 euro-cent, or more depending on the bundle, compared to actual html email here with rich graphics and embedded links – which drives mobile data – sent for fractions of a penny a pop.

To the nut, as well-defined by our good friend Chris in the comments section; a build-to-order relationship between carriers and handset makers is critical component. The so-called vertically integrated value-chain. Clearly Apple has copied core elements (imode, iPhone, iWonder!) of the Japanese business model, circa ’99. When you control the device you have ‘significant’ leverage. One key difference, for better and worse, is that Apple is not a Telco and will make certain decisions, 70/30 revenue share as opposed to 90/10 for example, in consideration of their (no data-plan income) position. Rather obvious that ‘now’ the fun begins: Game-On!

Our final parting thought for now is a mantra we’ve been chanting for years: The success of mobile in Japan is not because of a unique user culture, it’s the unique business model. As for whether it’s really ‘too unique’ to be copied – clearly in many ways it already has been the blueprint and will no doubt continue to pioneer innovation – the bigger question is which parts travel, what needs tweaking and how long that takes. Imagine the difference in EU or US markets with 90% penetration of 3G, the majority of subscribers on reasonable flat-rate data plans and a fair shake for the players who bring digital content to market. Is that really such a unique concept (#_#) or is the established Japanese design just slightly ahead of it’s time?