Backed by their telecom operator partner SoftBank Mobile, and with Hillary Duff as the campaign face, SoftBank Mobile held splashy launch parties in locations around Tokyo this week-end. Drawing attention to the companies branded offerings, with over 3 million content subscribers established in Japan over their last seven years operating here, the new MVNO is bullish about it’s domestic market potential. They have indicated a target segment focus, young women, and have a strong industry partners in SoftBank Mobile, including Yahoo!, to run a viable service offering.

Unlike the failed effort to roll-out services in the US, we note the parent WDIG did not even bother to publish an English press release about this effort, the Disney Japan folks appear very well-prepared. With co-located promotional material and customer sign-ups via SoftBank shops and 3rd party vendor shops and on the web via Yahoo! they are officially in the game. It would be reasonable to expect this ‘showcase model’ will be studied by other players considering market entry. 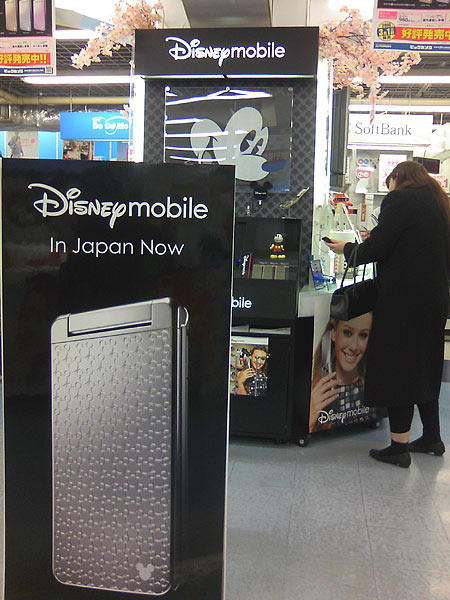