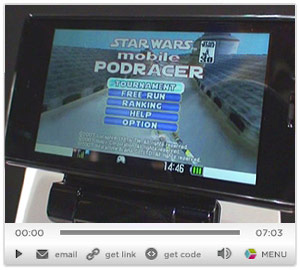 Yet another successful event for in the massive Makuhari Messe convention center saw almost 200,000 pass through the gates for TGS 2007. Aaaah.. the chaos, the crowds, the girls games.. how could we resist! A sunny Saturday afternoon brought out the kids – for family day – and plenty of Cosplay actors were swarming between show halls to pose down for the camera’s. But the real action, coming from every major player in the gaming world, was inside. WWJ has been on-hand for this event pretty much every year since 2002, with the first-to-web video of the Sony PSP in 2004, and this time out was perhaps the most impressive yet.

The obvious evolution on display was without a doubt the next gen. motion-sensor enabled Mega Games at the DoCoMo booth. While KDDI rolled-out the heavy armor with Metal Gear Solid and BioHazzard for mobile RPG products, the display which seems to have grabbed the most attention was from SoftBank Mobile. Thanks to Darth and the Tokyo StormTroopers, who un-leashed the new Star Wars PodRacer game, we were hooked from Go!

It was nice of the good folks from BrightCove.tv to notice – and post – our video right on their top-page.. Cheers! 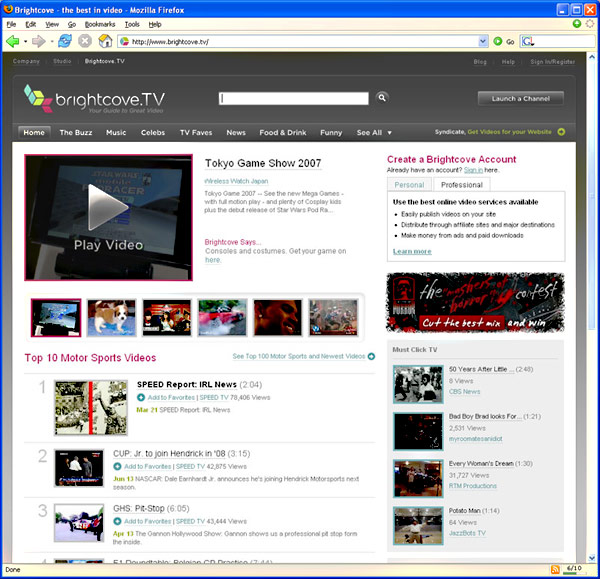