Viewpoint: What Leads Mobile in Japan? 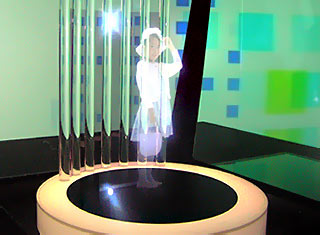 The genesis of today’s Viewpoint was back in March, when we spotted this op-ed referring to Japan mobile that had stated: “What’s different about the Japanese mobile market is that innovation is moving toward business models and marketing tactics instead of technical features and functions.” That op-ed piece in turn cited a new research report by eMarketer, “Japan: Marketing to a Mobile Society,” which insisted: “What stands out in the current Japanese experience is the fact that the center of gravity for getting through to Japanese mobile users has shifted in favor of business models and marketing tactics as opposed to new technical features and mobile phone functions.”

We took exception to both these as serious mis-analyses of the cornerstone role that technological innovation and network infrastructure competition have played – and continue to play – in powering Japan’s mobile success story. After contact with the eMarketer editors, we agreed to write separate opinion pieces, which we would both republish side-by-side in our newsletters, as an excellent way to hash out the topic and let you – our collective readers – decide.

Sadly, the marketing guys at eMarketer quashed the idea, as the subject and the detailed discussion would be “too technical a topic for our [eMarketer's] newsletter.” But we know that WWJ readers are more than smart enough to figure out for themselves what’s really driving the mobile Internet in Japan! So we wished the eMarketer editors best of luck in the future, again gave thanks that WWJ doesn’t have any meddling marketing guys, and herewith present to you our Viewpoint.
(Subscribers login to access the full article by WWJ editor Daniel Scuka)

Our answer invariably starts with Japan’s 3G networks as we point out that infrastructure competition — naked, tooth-and-nail fighting for new subscribers based on raw speed, connectivity and the fewest blackout spots, among other factors — was probably the defining factor in No. 2 carrier KDDI’s stunning boost past market heavyweight NTT DoCoMo at the start of 3G in 2001/02.

Using Qualcomm’s CDMA 1X (and later, EV-DO) technology, KDDI had faster data speeds, better reception and cheaper handsets, all neatly presented with cool stuff like GPS and MPEG video – from Day 1 of 3G services. From 2002 until 2006, KDDI led the market for 3G subscribers, and profited handsomely.

NTT DoCoMo, meanwhile, were left sucking wind, trying to develop then-new W-CDMA base stations, handsets and compatible services, all of which were super expensive and super ugly.

Yes, by 2006, Big D had the bugs worked out, W-CDMA had matured and they had regained the 3G subscriber lead. By then, DoCoMo was regularly fielding some of the sexiest handsets available anywhere at a retail price that couldn’t be beat, with audio, video and other services fully enabled.

But again, network competition made a difference. DoCoMo’s W-CDMA network still chugged along at 384 kbps max, and engineers and marketing gurus at DoCoMo’s Sanno Park Tower HQ in Tokyo could only stand and stare as, in 2004, KDDI launched 1.4-mbps EV-DO and all-you-can-eat, flat-rate data – supporting full-track AAC-encoded music download among other new services.

Shibuya teens (followed by teens everywhere else in Japan) couldn’t get their hands on KDDI’s music-playing ‘au’ cell phones fast enough. It wasn’t until 2006 that DoCoMo fully supported the by-then de facto standard music service pioneered by – and hugely profitable for – KDDI, and not until 14 April 2007 did DoCoMo announce that it would launch a flat-rate music download service in a continuing and desperate attempt to catch up to KDDI within the year.

The key point here is that competition based on networks (and how they’re marketed) enables massive differentials in the types of services that can be offered.

Further, there is no way DoCoMo would have allowed flat-rate data anytime before they had earned back their 3G investment billions on the backs (or thumbs) of packet-fee-paying subscribers – unless the competition forced them to. In the same way that network innovation and competition enliven Japan’s 3G scene, the lack of the same deadens 2.5G and 3G elsewhere, particularly in the GSM markets.

Some may argue that in the US and Europe – despite only modest or nonexistent infrastructure competition, respectively – 3G is starting to come alive. But Japan’s experience additionally teaches that competition and innovation on the data services platform are also crucial.

Throughout the 2.5G and 3G era, carriers in Japan used their unmatchable marketing and R&D muscle — not to mention power over vendors — to ensure that each new generation of handsets (twice per year!) featured a new, wallet-opening technical capability.

Yes, some of the platform technologies were proposed and perfected by individual handset makers (onboard video editing by Toshiba, for instance) or technology vendors (codec specification for 3G video clips), but in all cases it was the carrier who made it happen.

Each of these technologies has enabled in turn a range of new data services upon which 3rd party content, application and service providers could build their channels, generating the synergy (and massive profits) that Takeshi Natsuno, ‘Mr. i-mode’ at DoCoMo, has made famous with his customer-provider-carrier ‘win-win-win’ mantra.

As a result, the carriers’ portals – i-mode, EZweb and, now, Yahoo! Mobile – have grown to become sophisticated, ultra-deep content and service ‘bazaars’, where any provider can meet any customer. And the carriers have additionally opened their brands (any handset can access any suitably formatted URL), so that any content provider can also meet those customers off-portal as well.

The carriers even allow these ‘non-official’ vendors to use the carrier billing systems and any advertiser can use the carriers’ opt-in marketing engines, blurring the distinction between on- and off-portal data services and enriching the environment for all. Thus Japan’s carriers are profiting from business model innovation as well as technical innovation.

The ultimate so far: a FeliCa-technology based IC chip embedded in the phone enabling e-cash, debit- and credit-card functions, consumer point cards, commuter rail passes, physical ID and more – all strongly embraced and extended by each of the carriers. DoCoMo even allows any third party to launch their own-branded credit card services via the carrier’s 3G network, and have invested heavily in banks and credit company partners.

Is there a market anywhere else in the world where a major carrier – a Vodafone or a Verizon – could invest billions in banks and financial services alliances without being crucified by the pundits, not to mention the regulators?

And the Japanese carriers are investing billions more into digital TV, a mobile segment that is expected to provide additional windfall profits as soon as the Japanese regulators allow custom TV programming for mobile.

Outside Japan, carriers are – still – caught in a fatal ‘own-the-platform’ mindset, stemming, from long, unimaginative infatuation with the ‘Wintel’ (Windows/Intel) lock on platform ownership in the PC web.

Thus, 3G data platforms remain mired in low gear, with little incentive for third parties or customers. When new technologies are ported to mobile, there is no business model to support revenues; when new business models are devised, the technologies lag. Ironically, outside Japan, we are now seeing some bright light coming from handset vendors, where Nokia’s N-series provide arguably the first smart combination of handset features and useful content channels (Google and Flickr).

Which brings us to the final point of why Japan mobile rocks: the handsets – the crown jewels which we at WWJ never tire of bragging about to our overseas colleagues.

Here, too, competition, innovation and a ruthless focus on end-user value – all fostered and to a large extent paid for by the carriers – have helped create the world’s best handsets. In 2006, Japan’s carriers and their OEM partners brought some 100 new models to the market – more than 50 for DoCoMo alone (a record).

The handset is the ultimate user interface and it represents everything the customer ever sees or experiences of the network.

Japan’s manufacturers – supported by the carriers – display an astonishing attention to detail, including everything from keypad layout and input methods to camera positioning and handset colours and form factor. Almost every successful mobile feature of the 3G era that has been adopted elsewhere in the world was pioneered in Japan. Camera phones, the clamshell form factor, display screen format, dual displays, removable memory, touch-screen displays, onboard cash IC chips, high-quality audio, digital TV, FM radio and much else were initiated or perfected in the cauldron of hypercompetition that is Japan’s mobile consumer market.

And these handset-specific technologies make a difference. In January 2007, KDDI said its subscribers had downloaded more than seven million BREW applications; the cumulative total of BREW downloads is now more than 160 million since KDDI first launched BREW in February 2003. To be fair, DoCoMo is having good success with Java, but the carrier’s unique version of “DoJa” remains a proprietary platform – not very useful in the mobile Web 2.0 era.

Granted, the carrier-led nature of Japan’s ecosystem may have enabled too many profitless, ‘walking-dead,’ handset makers to struggle on, but this issue, too, will be taken care of by competition. The future will undoubtedly bring change to the 3G dynamic and fewer Japanese makers will survive.

As mobile content, applications and services become more open and more integrated with the PC web, their significance will increase. The fact that 3G itself – and the new so-called ’3.5G’ technologies like HSDPA and WiMAX – is a global standard means that mobile content will also become more standard.

Web 2.0 architecture – think AJAX, ‘gadgets’ and mash-ups – are also coming to mobile and content will become king – like it has on the PC web. Thus the market influence and power of third party content owners will increase while that of carriers and technology vendors will decrease.

But whatever happens, it will still be up to the carriers to port new technologies to mobile, set (or adopt) the standards, define the scope and integrate anything new with anything existing.

In the same way that the terminal is the ultimate interface, ultimate market power will remain with the player that controls the interface, and that’s the carrier.