CESA posted an update yesterday regarding the Tokyo Game Show 2007 agenda with more details on their popular event scheduled for 20 – 23 September out at Makuhari Messe. They have secured 162 exhibitors, up from 148 last year, with companies coming from the United States, Britain, Canada, Australia, Israel, South Korea, Taiwan, Hong Kong, and China. Our video coverage from TGS 2006 has been one of the most popular programs on WWJ and there’s little doubt it will be another fantastic show this year as well. [video from the 2007 event now available Here -- eds] 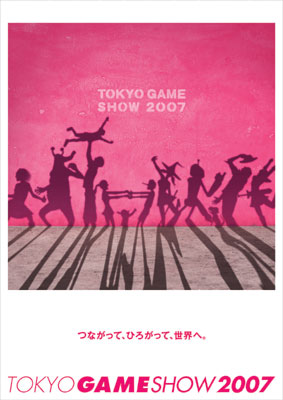 All three operators will be on-hand as usual and the organisers have even added a fourth day of wakamono madness as well since they expect to host over 180,000 visitors. We note with interest that while DoCoMo is mentioned as providing ‘special support’ again this year the co-sponsors section also indicates that the Ministry of Economy, Trade and Industry is promoting “The Japan International Contents Festival”. We look forward to being involved with that effort.. details coming asap!

From their launch announcement in Canne: [.PDF]

This autumn, Japan will establish “the Japan International Contents Festival” (hereinafter “CoFesta”) by concentrating the markets and events in the video game, animation, manga, music, broadcasting and film fields. CoFesta is the generic term for a series of contents events which have been held or will be newly established by each contents industry. CoFesta’s keyword is “linkage”. This incorporates innovative conception and new markets through linkage with each area of contents. It introduces Japan’s most improved talent and technology, and overseas exchanges and links. Japan will be an Innovative meeting point for cultural exchange. The opening ceremony of the Festival will be held on September 19th, and the Tokyo Game Show will be launched as the starting event. This will be followed by events focusing on animation, computer graphics, popular music, and manga, and finally the Tokyo International Film Festival will be the closing event of CoFesta.

Update August 20:
The CoFesta organisers have announced [.PDF ] the full day agenda, to be held during the Tokyo Game Show on Friday Sept. 21, however it seems there will not be a session dedicated to mobile..!?!