Japan: The Future of Mobile Markets 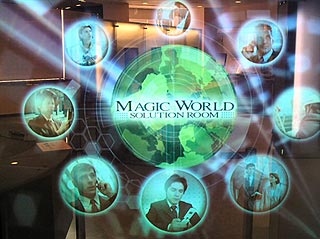 According to an article on eMarketer, “What stands out in the Japanese mobile market is the fact that innovation is shifting toward business models and marketing tactics as opposed to technical features and functions … the explosion of non-official mobile content Web sites is causing the sun to set on the i-mode business model of a dominant mobile carrier selling incremental content and services to its user base,” says John du Pre Gauntt, eMarketer senior analyst.

There are several ‘gee-whiz’ statements in this summary, starting with “Marketers are looking to the Japanese mobile market as a model of the converged media future,” which are clearly designed to help sell their research report. However, we really must challenge outright some of the assurances offered. For example, the eMarketer quote above which states that “Innovation is shifting toward business models and marketing tactics as opposed to technical features and functions” is off-base on both counts.

The continued innovations from DoCoMo and the other carriers in network speed, handset design and content & service offerings speak volumes about the Japanese mobile market and the continued utterly fundamental role of the carrier in driving innovation. Granted, the increase in non-official content sites was obvious and predictable, given how easy the continuing carrier-led innovations make getting onto the mobile web for both providers and surfers. And the carriers have known this from Day 1 of i-mode.

eMarketer have glaringly failed to highlight the fact that DoCoMo, and the other carriers with other ad agencies, joined forces with industry leader Dentsu to launch D2C in June 2000 as a mobile marketing agency in order to develop (and profit from) the planned-for-and-expected ad-driven non-official mobile site galaxy. D2C claims to have served nearly 2 Bln graphic banner ads since their ‘picture service’ launched in July of that same year.

Also, note that the carriers in Japan are not “selling incremental content;” they design and manage the platforms – and for the most part are not involved with consumer-level service offerings, except for the extremely attractive ones, like m-commerce, or the very technical ones, like certain aspects of location-based services or digital tv broadcasting, for example.

In 2006 alone, we saw two very successful (i.e. innovative and technical) examples of DoCoMo enabling new service offerings to its user base: i-Channel and DCMX both recorded impressive adoption rates. What eMarketer’s John du Pre Gauntt might be excused for missing out on is that carriers here are happily chewing up the packet fees – and locking customers into flat-rate data plans – as a result of this “explosion of non-official mobile content”.

“In a sentence, the good news is that marketing has just about trumped technical features and functionality for reaching Japanese consumers,” says Mr. Gauntt. For example, the best-selling handset in Japan at present is Motorola’s Razr, a phone that sports neither a video camera nor a mobile wallet, technical features that are standard on most other Japanese models.”

“Instead, consumers are attracted to the cultural fashion statement offered by the Razr’s sleek physical design,” says Mr. Gauntt. “But the Razr story is not simply one of consumers channeling their function fatigue into a ‘retro’ product. The marketing of the Razr to the Japanese public was a textbook case of integrating celebrity endorsement, social networking, mass media and targeted messaging.”

“The classic i-mode business that launched the mobile Internet in Japan is declining. Whereas just two years ago the proportion of official i-mode sites (‘official’ meaning that the customer bought content and/or services through his or her DoCoMo billing relationship) vs. non-official mobile sites was about 70-30 in favor of the former, the ratio has flipped circa 2007. Now, the prevailing trend for new mobile Web sites as well as consumer time and money is for the non-official experience.”

Aside from the “just about trumped technical features” statement – which is not worth comment as it’s soooo 2003 – we can agree that the Razr campaign did make a splash last year, but we would like to see the source data used to back up his position that it’s the “best-selling handset in Japan” as it didn’t appear in the top 10. In other words, yes, the Razr made a splash on the strength of its “foreign” cool. But we really don’t think the average i-moder cares – and given the choice between a Motorola sans tech features and a good ol’ Japanese 1Seg. Osaifu keitai (Digital TV with mobile wallet), we think you can guess where the purchase will go.

As for the comments related to the “proportional growth” of i-mode (shrinking) vs. off-portal content (growing), we can add: “well of course.” The last numbers we saw pegged i-mode at well over 6,000 sites – that’s a pretty hefty official menu to search through and it has been ‘very difficult’ to get i-mode certification for some time now.

As ever more providers try enter this space, many wanting to offer products or services that do not qualify or that merely replicate the tons of official content that already exists, and therefore not invited to the ‘garden party’ by the carriers, then obviously the volume of non-official sites has been growing rapidly in comparison to the mature and managed carriers’ decks.

And since even the carriers realize this growing opportunity, we should point out that both KDDI and SoftBank have also started offering billing settlement services to the non-official content providers (as well as the official ones – for whom use of the carrier billing is not optional, thank-you very much).

Marketing to mobile in Japan has continued to push the envelope with embedded m-commerce and data channels built into 1Seg. digital tv broadcasts as the most obvious new examples, while social networking sites are also building massive traffic by offering free access to services funded by banner and affiliate marketing campaigns.

DoCoMo have 47 mn i-mode customers, posting a net subscriber addition of 86,000 in February 2007 — each of whom pays almost $3 per month for i-mode access plus a 9-percent settlement fee for official site sales **plus** packet data revenue (which is the real juice) – all of which provide the carrier with one of the highest data ARPU rates in the world.

It’s at least somewhat naive to suggest the sun is setting on i-mode or indeed that innovation in the mobile industry here is shifting towards business and marketing models as opposed to new technical features and functions enabled and led by the carriers.

It has never been an either/or approach…