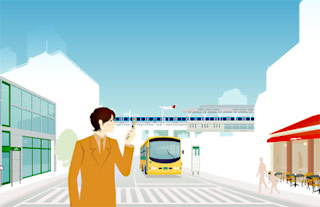 In the 1997 movie Titanic, Thomas Andrews, the ship’s designer, states: “From this moment, no matter what we do, Titanic will founder… It is a mathematical certainty.” In the same light, it’s interesting to note today’s news from NTT DoCoMo, stating the carrier surpassed 20 million 3G FOMA subscribers on 29 December 2005. If we assume the same rate of growth this month, and compare to KDDI’s presumed rate of growth in December and January, we can make a pretty good guess as to when Big D will grab 3G lead. More importantly, what does this mean for the market?

(Excerpt from full article) We can also expect January to be a good month for phone sales — for all carriers — due to a rather significant practice in Japanese culture: o-toshidama. This is the practice of giving gifts of money to children and teens. The money is usually given in little decorative envelopes, and according to 1999 data from the Kumon Children’s Research Institute, an average child received around 40,000 yen (I guess it’s more now). Most significantly: “Most save the money, [but] others spend it on relatively expensive computer games, clothes, and CDs.” And phones, we suspect.

We can also expect January to be a good month for phone sales — for all carriers — due to a rather significant practice in Japanese culture: o-toshidama. This is the practice of giving gifts of money to children and teens. The money is usually given in little decorative envelopes, and according to 1999 data from the Kumon Children’s Research Institute, an average child received around 40,000 yen (I guess it’s more now). Most significantly: “Most save the money, [but] others spend it on relatively expensive computer games, clothes, and CDs.” And phones, we suspect.

And most kids don’t get the cash in hand until January 1st or shortly afterwards, so the boost in phones sales will happen in the month following the New Year holidays. So, even if DoCoMo add only the same amount — 1.4 mn — in January 2006 (and I think they’ll do better), then they’ll have achieved 21.4 mn FOMA mobilers by month’s end.

What about KDDI, who have held 3G market lead in Japan ever since they launched CDMA 1X services in March 2002 (DoCoMo opened FOMA in October 2001)?

Of course, there’s no word yet from KDDI on their December 2005 sales (look for a press release sometime in the next couple of business days), but let’s assume a best-case scenario and grant them a 50-percent increase in net adds for December and January.

Thus, sometime in January 2006, Big D will take over 3G market lead. As the quote goes, it’s a mathematical certainly (… more or less).

At home, it’s a strong validation of DoCoMo’s FOMA strategy. The mix of devices, data content and services and the move to remake the phone into a FeliCa-based e-wallet all appear to have gained wide consumer acceptance. Handset pricing must be right as well, typically running in the 10-20,000 yen range and with some high-end 3G models even available for under 10,000 yen within just a few weeks of hitting the street.

There has still been no big take-up of foreign-sourced handsets, but we can expect this to improve in 2006 as the Americans, Koreans and Fins all get more experience in Japanese tastes and as costs to produce fall with volume production. W-CDMA and HSDPA are both set to expand in Europe in 2006.

And while I bet they’d like to focus solely on FOMA marketing and operations, they still have a huge number of 2G users (31 mn!), which is only shrinking by under a million each month. This implies they’ll have to support 2G for some time yet.

Overseas, the swarms of DoCoMo marketing and promo teams (well, there are a few guys, if not swarms) that are looking to improve and expand the i-mode alliance will have a raft of new bragging rights and even more proof that the i-mode-based evolution path (2G -> 3G -> 3G multimedia -> phone-based e-wallets) works in at least one market. Will their 3G strength at home help boost FeliCa into a European deployment in 2006? Time will tell…

KDDI, however, may not view the drop to No. 2 as an entirely bad thing. For one, the heat is off. They can now concentrate on building out the CDMA 1X EV-DO network and expand the music and video-clip services that anchored their initial lead without having to match DoCoMo each handset cycle with new models designed to grab ever more subs. And virtually 100 percent of their users are 3G users; they need convert only a paltry 1 mn older 2G users before they can drop 2G altogether.

And if they have lost the lead, they can blame it on Big D’s unassailable NTT Group-based marketing muscle. K only got 3G lead in the first place due to a technology quirk: CDMA 1X was backwards compatible with the older cdmaOne 2G network and the cost to roll out 3G was far less than that faced by DoCoMo to build a W-CDMA network (and the first 1X handsets were better than the first W-CDMA models, as well).

Sure, they executed brilliantly with the launch of music clips, full-track downloads, flat-rate data and other services, but the entire industry has always known it was only a matter of time before DoCoMo — the country’s 900lb gorilla — elbowed back in front.

But for DoCoMo, let’s not forget the challenges: They are already late on opening 3.5G (HSDPA). This could be significant, with W-CDMA and HSDPA both set to expand in Europe in 2006. Can DoCoMo claim to be a global leader if the Europeans beat them at their own network? And pressure to offer true flat-rate voice and data will grow as the new 3G licensees enter the market in 2006, pushing IP telephony and converged mobile/fixed broadband services.

Overall, 2006 is shaping up to see Big D crowned as domestic boss and — possibly — global 3G leader. Their success, at least in part, can be attributed to getting the whole 3G package (handsets, data, services, pricing, FeliCa, etc.) together while ignoring what they must have deemed to be artificial deadlines.