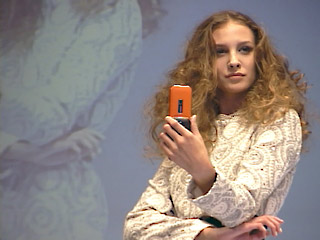 We published 596 articles on Wireless Watch Japan in 2005 and thought you might enjoy looking back at the most popular Japan mobile industry highlights from the year. The links below, three from each month, represent the two top stories (by volume of visitor requests) and a third which we consider a significant development in that 30-day period.

It’s been a year of explosive year in the mobile world and 2006 is set to be even much more interesting with faster mobile networks, more powerful handsets and compelling contents settling into the mainstream mindset. Here in Japan, we are expecting a dramatic increase in m-commerce adoption, driven in part by Mobile Suica’s launch, set for later in January and the start of ‘One-Seg’ digital TV broadcasting starting — on all three carriers — on 1 April (no joke). We also see a potential increase in churn as a result of the (belated) introduction of number portability (and, therefore, an increase in handset sales) — and with three new carriers entering the market, even DoCoMo is concerned.

One of the more obvious action areas in 2006 will be the increase of M&A activity at all levels; in particular, look for consolidation in the Japanese handset market. Meanwhile, lets boldly predict that we’ll have at least a few 3.5G (HSDPA) phones on the streets of Tokyo by this time next year. Interesting times ahead, indeed.

This year was also a milestone for us here at WWJ as we took on a new partner and set up Mobikyo K.K. in April; we also expanded our Mobile Monday events and ran several Mobile Intelligence Japan missions to Tokyo, complimenting our market entry services.

We expect, like the industry in general, to be even busier in 2006 and are looking forward to another phase of growth. We’d like to thank all of our clients, members, partners and subscribers for your kind and generous support. Our Best Wishes to you all for a very happy, healthy and prosperous New Year!

We hope you have enjoyed having full access to the subscribers-only section of the WWJ site and have found value in the extra contents we reserve here. As year end is a hectic time — especially in Japan — we have set aside a little bonus .zip file with a few fun mobile-related video clips saved from around the web over this past year. We will have a more in-depth look at what’s coming up in 2006, as we have in years past, and are looking forward to covering the 3G Mobile World Forum here in Tokyo at the end of January.