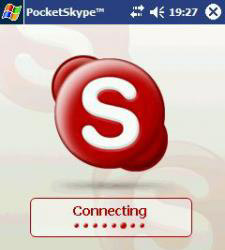 We expect to see even more buzz on this development in the local wireless community with Willcom’s new Zero3 dual-mode Smartphone, made by Sharp, which just hit the street here last week. In fact, eager buyers were lining up to order the unit in early December and we’ve even noticed a Wiki site [Japanese only] dedicated to the Zero3, one of the hottest QWERTY handsets available in the domestic market.

The potential of VoIP flat-rate voice calling for mobile — including long-distance — takes another huge step with this announcement. Yes, it’s a narrow niche of users who will adopt this here… for now. However, for incumbent cellcos, the kanji is on the wall and they will undoubtedly have to respond to this truly disruptive technology if they wish to save their voice-centric business model.

Of course, it’s not like DoCoMo are sitting back scratching their heads in disbelief. Their latest 902i-series finally introduced a Push-to-Talk feature that functions between users with any of the six new models.

Big D will be forced to move (albeit at their own pace) by market forces such as these. The impending introduction of number portability and the entry of three new carriers next year will only serve to increase this race to serve yen-pinching customers.

2006 is shaping up to be very interesting indeed!

Sources for this story include: