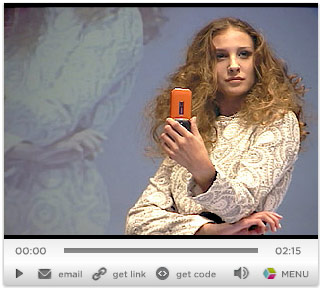 Today’s WWJ video is full of gorgeous, uhm.. mobiles. This fall, DoCoMo introduced their new 701i models using… models. The 701i-series are stripped down (sans FeliCa) and sexed-up with the carrier’s new ‘i-Channel’ push service for customers too contrarian to even try i-mode. DoCoMo also introduced two hybrid FlashCast enabled designer units; the ‘stylish’ FOMA Dolce from Sharp and the GPS-enabled SA700iS from Sanyo. The Flash lite-based system delivers scrolling news, weather and other information and comes pre configured and already switched on thus showing how easy i-mode really is, according to Mr. i-mode, DoCoMo’s Takeshi Natsuno who took center-stage after the lovely ladies had everyone’s attention.

Subscribers log in to view the full-length video program with additional comments from Natsuno-san on how DoCoMo is positioning the new series.

According to Natsuno’s presentation, subscribers to the service will automatically receive various content, such as news, weather, entertainment reports, sports news and horoscopes, delivered to the phone’s standby screen as telop text. By pushing the i-Channel button, a Flash-based UI channel list will appear and the user can select the channel they want to view. He adds: “i-Channel is quite different from the traditional services we’ve been offering.. this is intended for customers who are not really using i-mode.” WWJ didn’t know there were any!

Except for one notable omission, the 701i phones are fully featured, and include all standard FOMA services and functions, including videophone, Chaku Uta ring songs, Chaku Motion ring videos, Deco Mail (HTML mail), i-Appli (Java) and Macromedia Flash applications. See the full spec. .pdf’s (in English) for 701i series and two new ‘designer’ models.

What got stripped out? FeliCa, of course.

It looks as though Big D reckons any customer too timid to use i-mode in the first place, such that they need an ready-to-use service like i-Channel [ English Site ], is unlikely to want to use the carrier’s flagship eWallet service as well. And, unlike with i-Channel’s scrolling auto-download text, it will be some time before anyone figures out a way to make eWallet payments happen automatically, as much as D may wish.

“These customers are willing to use i-mode to check the weather and stock quotes, but they don’t really know how to do this,” Natsuno says in today’s program. He adds: “They feel difficulty because they don’t know how to sign up [for] contents online.” The company hopes that once users have tried i-Channel, they’ll be more willing to explore (and pay for) traditional i-mode services.

NTT DoCoMo have said they are thinking of bringing i-Channel to overseas i-mode Alliance partners, but there is no firm schedule yet. In Europe, the alliance is hoping to encourage high-end customers to adopt i-mode handsets, not low end. So, this series could be an option for partners in countries where average disposable income (for cell phones) and lower handset subsidies is an issue, combined with the lack of immediate need for feliCa and desire to get people using i-mode type data services. 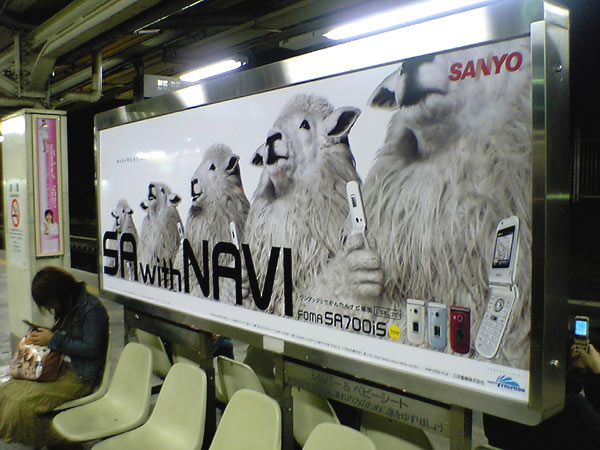 Another interesting fact over-looked by most in all the hype was the fact that DoCoMo engaged Sanyo – for the first time – to make them a GPS handset, their extensive experience with KDDI/au looks set to really pay-off. When questioned after his presentation, about offering location functions, Natsuno-san said something the effect that “their research indicated that not many people use GPS”. However the company has been active with their i-area project for several years, we also noticed that the Nikkei recently reported Japan’s Internal and Communications Ministry is planning to change regulations at end of this year, which will require GPS in all new cell phones from April 2007. This move has been rumored for some time now, the details apparently will finally be announced at the end of 2005. Japan’s police receive about 9 million emergency calls per year, and apparently about 1/2 of these are from mobile phones, according to the reports, accuracy of the location determination will be on the order of 15 meters.