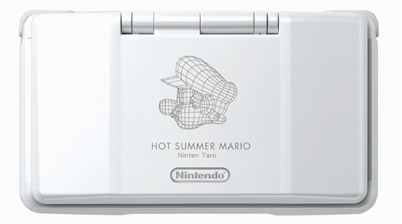 Nintendo confirmed plans to set up around 1,000 wireless LAN access points to support online gaming for its dual-screen handheld DS system. The Japanese-language Nikkei Business Daily reported the Kyoto-based game giant planned to push connectivity in conjunction with the release of new online games. In a telephone call with WWJ a Nintendo spokesman confirmed that though no press release had been issued, those statements were made at a company event. Access points will reportedly be set up in game stores, electronic boutiques, etc., by the end of this year.

The console market has been shrinking for several years while development costs continue to rise; the entire Japanese gaming industry is desperate to increase sales and build consumer interest.

Data for 2004 released last month by the Computer Entertainment Suppliers Association showed total sales for game-related soft and hardware (domestic and export) had slipped around 20 percent from the previous year to 909.1 billion yen. Keep in mind though that these numbers barely reflect sales of Sony’s handheld PSP — which did not debut until mid-December in Japan — nor the DS, which went on sale domestically 2 December.

Numbers at home and abroad should show some increase due to intense marketing efforts by these rivals.

Among Nintendo’s current top-selling DS games in Japan are the Nintendogs virtual puppy game and a brain-training game for adults designed to boost cognitive power.

From 1 July, the company is kicking off their “Hot Summer Campaign” for Club Nintendo members and is giving away 1,000 specially designed, personalized DS machines (200 machines in five different colors) plus other prizes targeting the young adult gaming sector.

Online play, though growing, has not caught on with the same hysteria as in neighboring South Korea. Many factors figured into that original equation — broadband access, lack of mobile flat rates, lack of WLAN penetration — but Japanese gamers (and game makers) are seeing changes for the better as each of those obstacles fall.

If completed, Nintendo’s WLAN points will encourage DS gamers nearby to compete against each other in games like the soon-to-be released Mario Kart DS and Metroid Prime Hunters. The new service will probably attract packs of elementary school children and perhaps even junior-high-age boys and girls.

However it is difficult to see it as a strong pull mechanism to draw in the young adults Nintendo is so anxious to pull back into handheld game play.