Recently, East Japan Rail (JR East) and NTT DoCoMo held a press event in Tokyo to announce the January 2006 start of “Mobile Suica” which will allow i-mode phones to serve as train tickets. WWJ’s Gail Nakada was present to cover the event and today’s program gives you a ring-side seat to learn how Big D and JR plan to win over the hearts, minds and wallets of millions of mobile-phone using commuters (and most of them are). As you’re watching today’s press conference, there are several key points to keep in mind. First, until now, it has in fact not been possible to use your phoneas a train ticket in Japan. Despite all the live demonstrations, trade show hypeand media speculation around FeliCa, the FeliCa-based Suica cards used by JR andthe FeliCa-based i-mode handsets sold by DoCoMo have been incompatible. Yes, you could use your FeliCa handsets to buy a ticket, but the phone itself was not the ticket. Free program Run-time 4:21 — Coded for broadband connections only 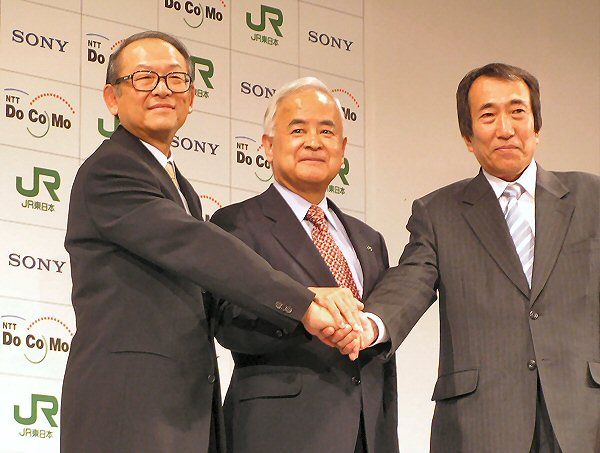 This announcement — presided over by the respective CEOs, so this must bebig news — should eliminate that final barrier and allow DoCoMo users to payfor a ticket and then use the phone to get into the station simply by swipingthe handset past the turnstile reader.

Also, note Gail’s comments that not only JR but also private and regional bus and subway operators are expected to join Mobile Suica. If this happens, it could have the effect of unifying transportation ticketing across Japan Rail, private railways, public and private subways, and bus companies — something that has yet to happen since the original state-owned Japan Rail was broken upyears ago.

Even today, a typical day’s commute in Tokyo might involve:

If Mobile Suica comes to fruition, this entire sequence of activity (minusthe taxi part) might be paid for (and permitted to happen) simply by using thephone. Will the taxi companies follow? You can already pay by credit card in a taxi; why not Mobile Suica? 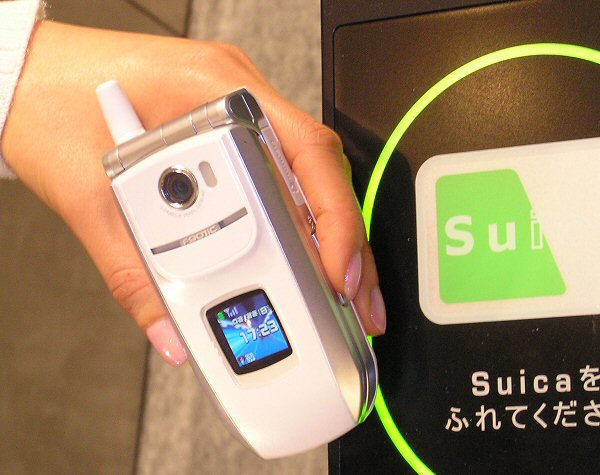 In a survey last year by InfoPLANT, people were willing on principle toconsider using their mobile phones as credit cards or tickets, despite the factthat most respondents had never heard of FeliCa. When FeliCa was explained as atechnology that enables their Suica rail card to be embedded in their mobilephones, those polled said they were willing to consider using it (more than 70percent of respondents were, however, worried about security).